The City of Durant: Beyond the Casino

Durant, a small town just north of the Texas-Oklahoma border, is known by most as the place of Choctaw Casino & Resort. One of the main casinos in Oklahoma, people come here from all places in hopes of winning big. But did you know that Durant is also home to other places of significance, such as the headquarters of the Choctaw Nation? Over this past long weekend, I decided to pay a visit to this town of over 17,000 to see what was there besides the casino.

After a one and a half hour drive up from Dallas, my first stop was at the Bryan County Courthouse, in the heart of downtown. Built in 1917, this three-story building was added to the National Register of Historic Places in 1984.

Like most courthouses in the south, this one had a military memorial, as well as a Confederate statue on its front lawn.

Down the road from the courthouse was the Durant City Hall. Normally there isn’t much to see at a city hall(unless it’s the one in Addison, Texas), but a rather interesting display sat outside. It was none other than the world’s largest peanut!

The world's largest peanut outside the Durant City Hall. Unfortunately, it's a bit too hard to be edible :/ Post: bit.ly/durantok

Well, not quite. After doing some research, it turned out that this peanut isn’t the world’s largest anymore, but was at the time it was built. In fact, Oklahoma is nowhere near the top when it comes to states that have a peanut harvest. Kind of a nutty deal, but nevertheless it was a neat little attraction.

Since I was already in downtown, I decided to stroll down one of the main streets. Like many of the town squares I’ve seen in Texas small towns, this area was dead quiet. As I recall, there weren’t too many vacant buildings, but most of the stores were closed due to Columbus Day.

From there, it was off to the Southeastern Oklahoma State University, located about five minutes away. I had heard about SEOSU in the past due to their aviation program, but never really looked much into it. Thus, when I was doing my planning for this trip, I was surprised to find this university so close to the Texas-Oklahoma border.

The buildings consisted of a mixture between old and new. 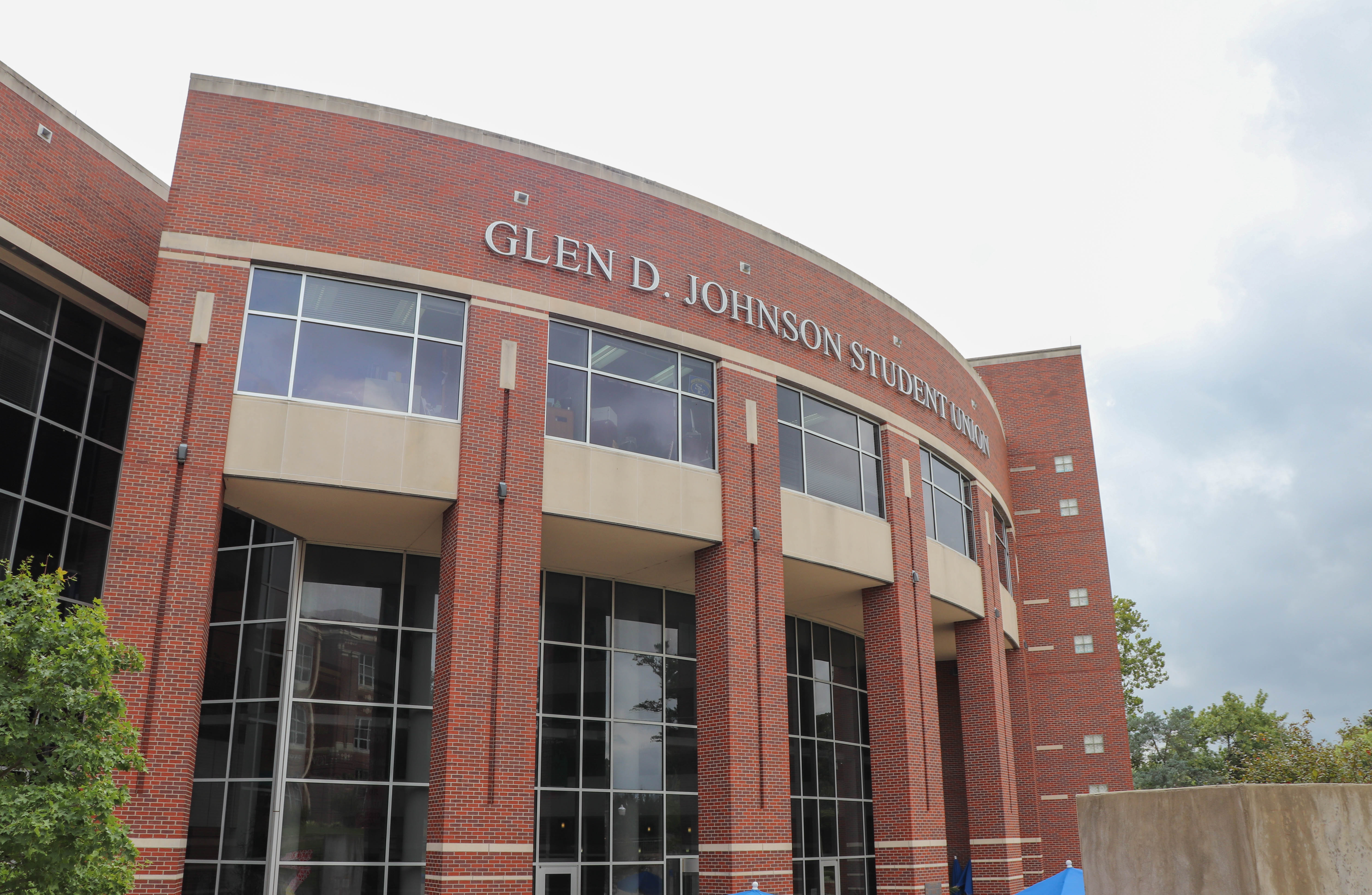 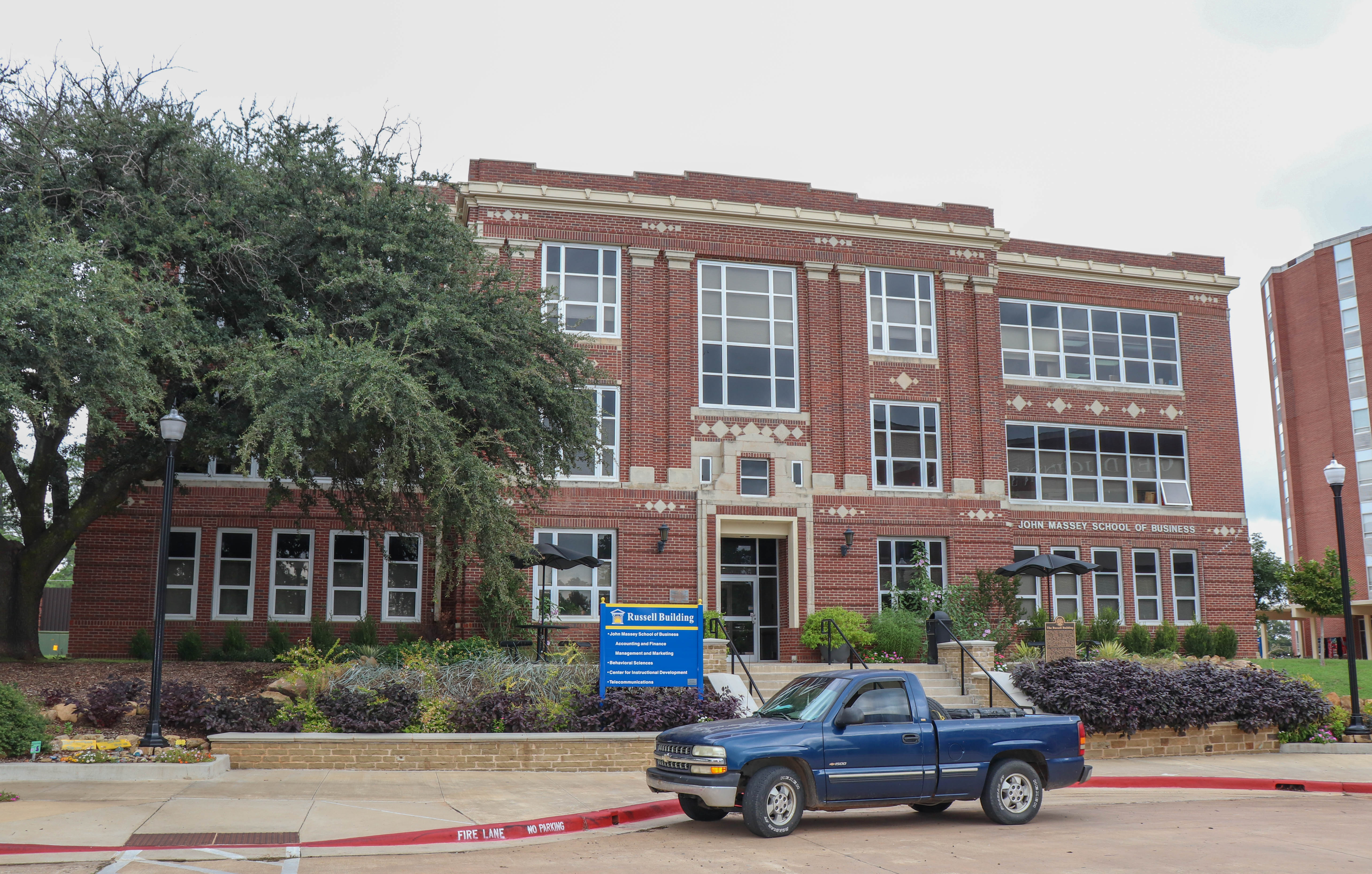 While this university is quite small, some of its buildings don’t look bad at all! The library had a fairly grand look to it, and the Greek-style design made it fit into the campus environment well. 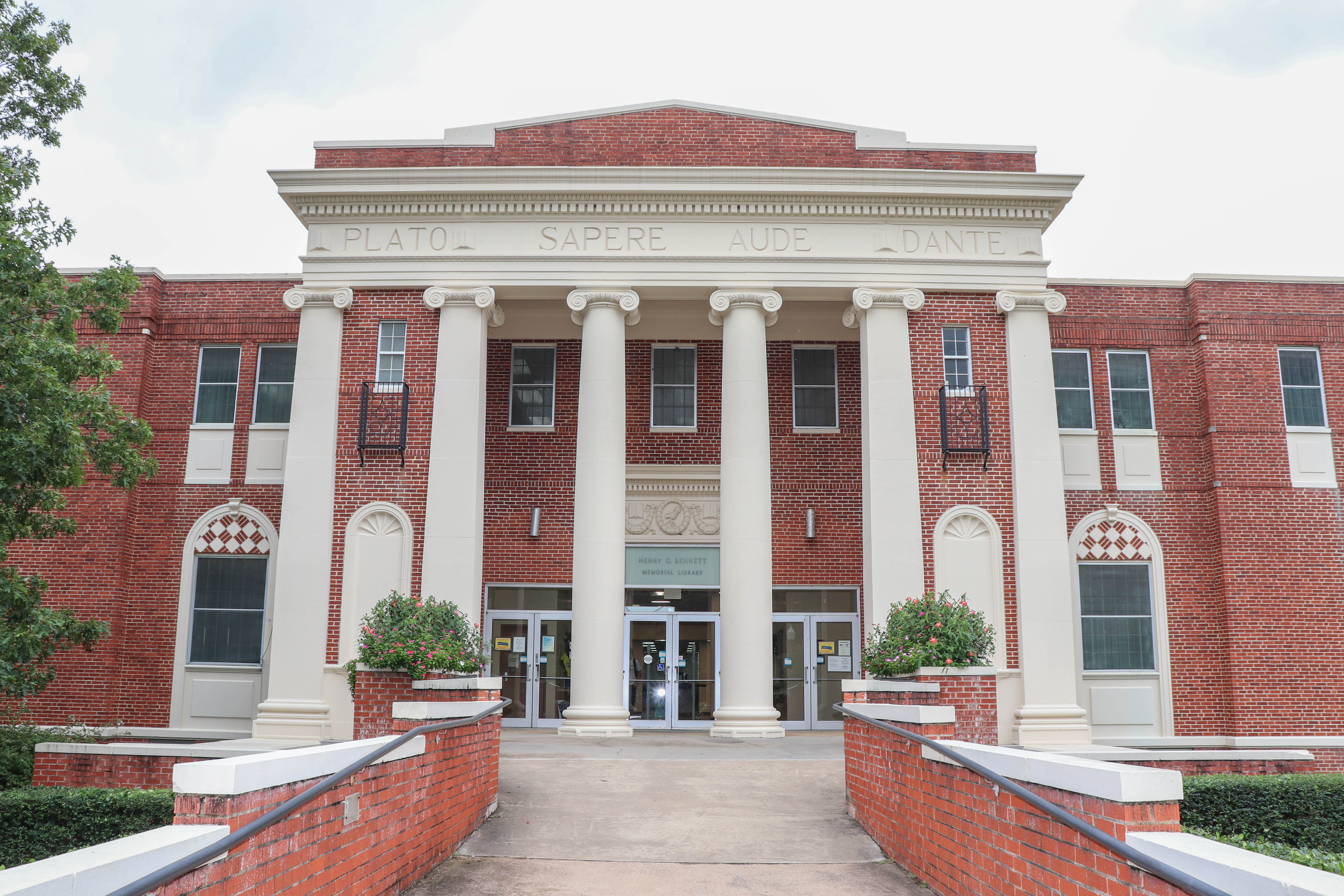 Walking in these buildings, however, I have to say that there wasn’t anything notable about the interior design. The various hallways and classrooms were quite dated, and had somewhat of a high school-like feeling to them.

Being that this university is located in Oklahoma, there was a connection to Native Americans. I passed by this building, which housed the Native American Institute. Here, there are a multitude of programs centered around Native American education. 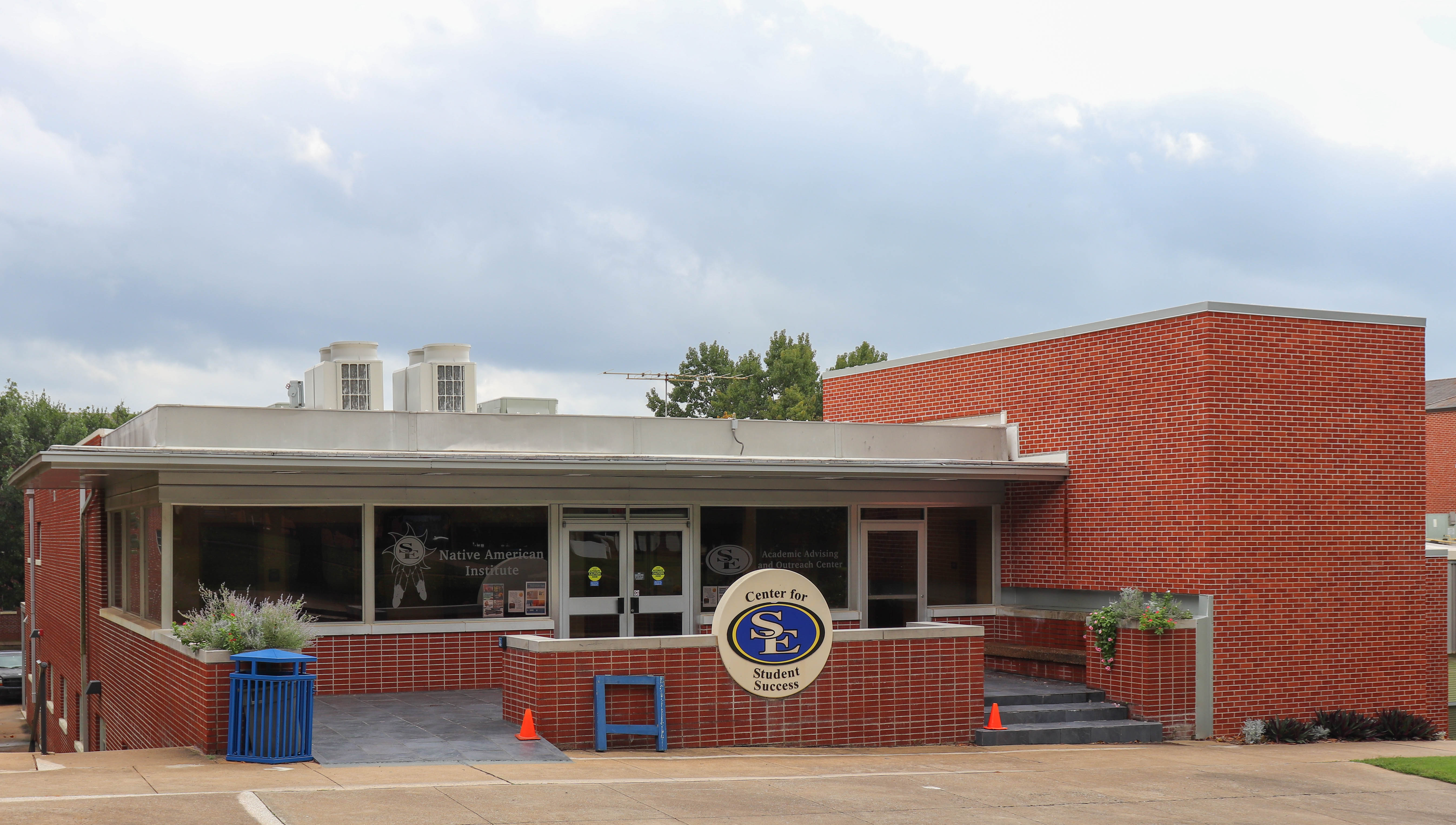 Speaking of Native Americans, the Choctaw Nation Headquarters was my next stop.

This new building, opened in 2018, houses the various offices of the nation’s third-largest Indian tribe. From member registration to the legal department, pretty much everything is combined under one roof. Although no one was available to give me a tour, the first and second floors were open to the public. While the second floor had nothing but offices, there was some stuff on the first floor, such as the Hall of Chiefs and Tribal Council displays. 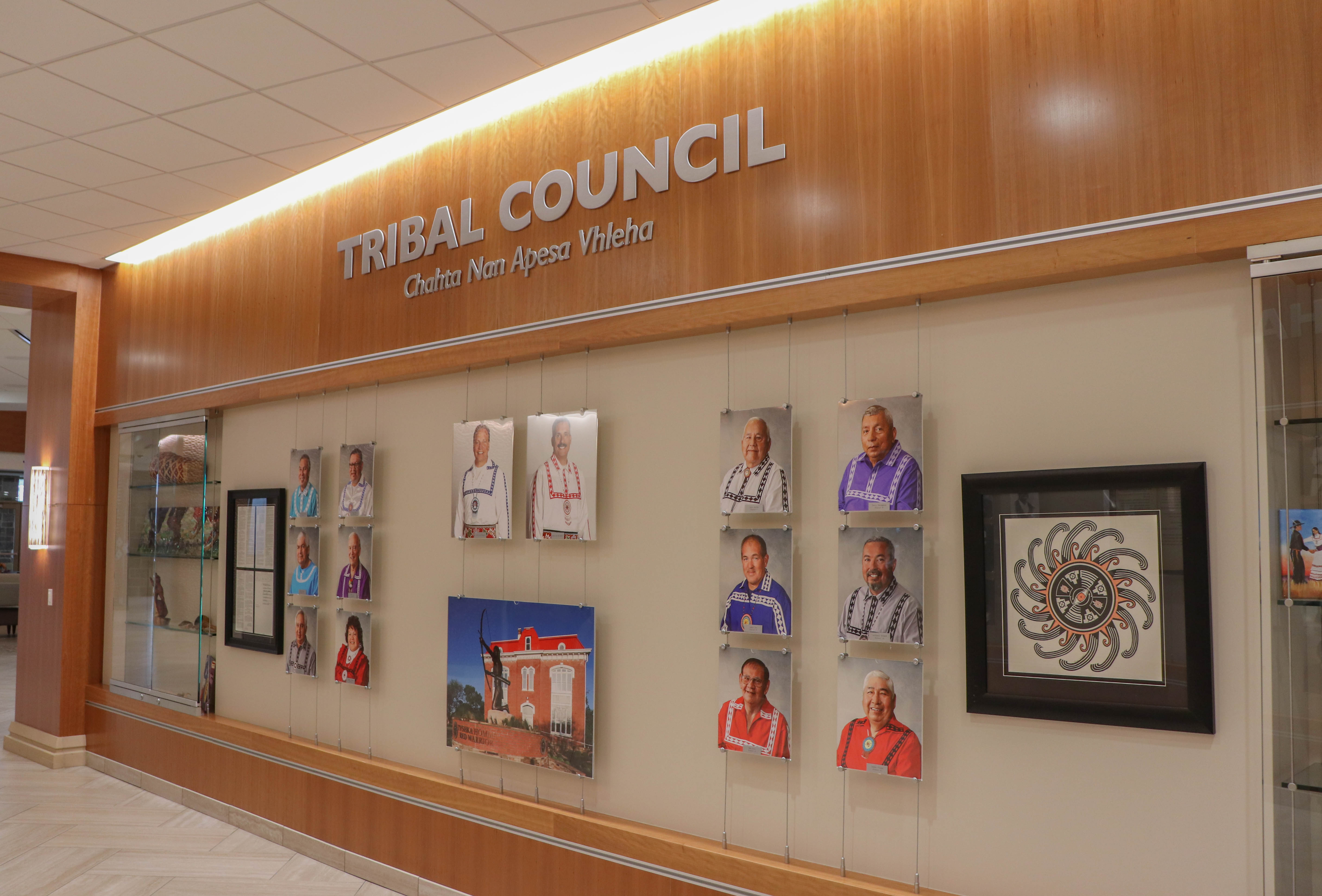 The Chief’s office was also located on the first floor, and I got to tour his office, thanks to his friendly receptionist. It was pretty neat seeing the room in which the leader works out of.

In the lobby, there were some display cases containing Choctaw Nation artwork. If you want to take some Choctaw merchandise home, a gift shop sells t-shirts, artifacts, and more.

Being that this was the heart of Choctaw country, many of the signs had Choctaw language on them. 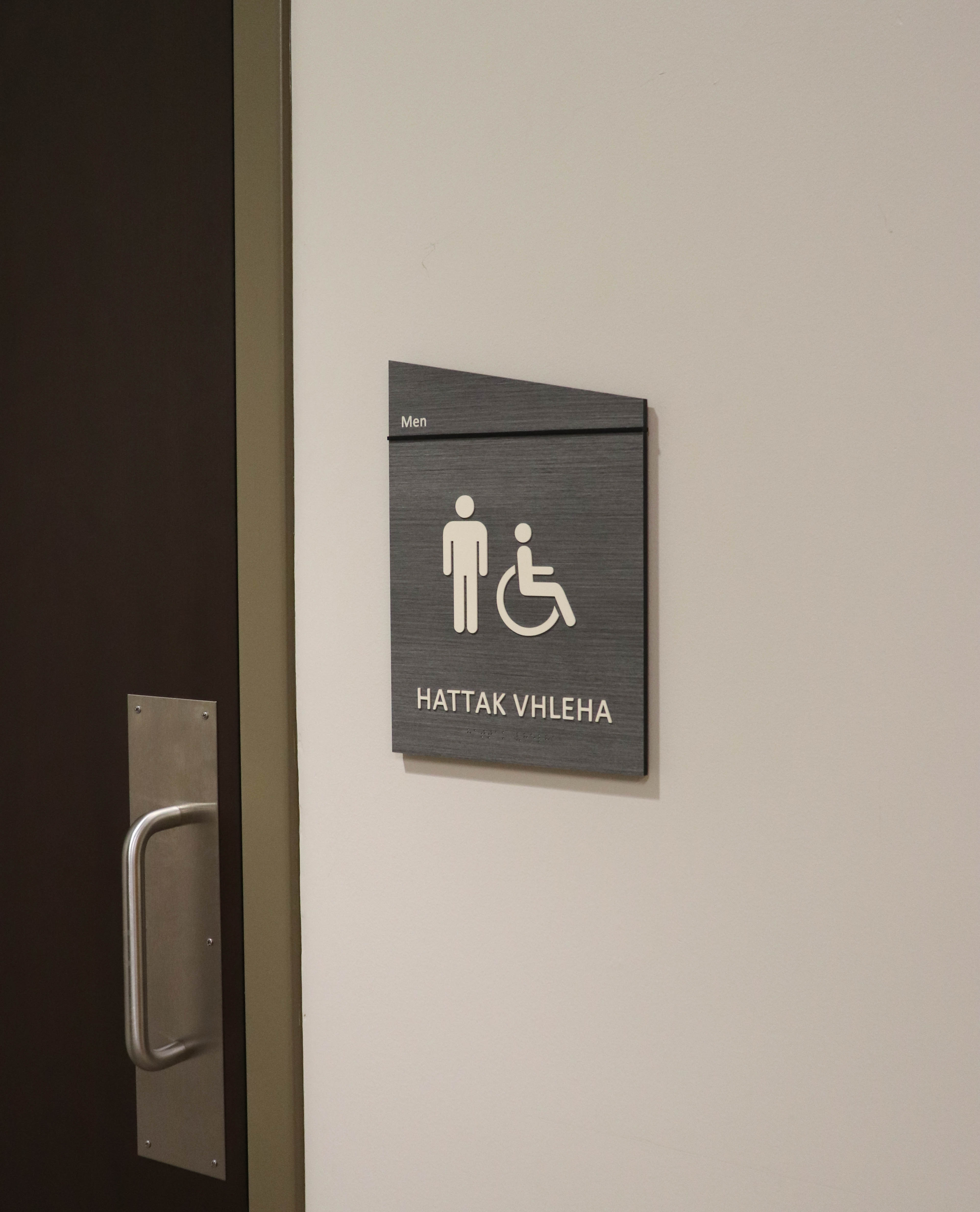 As I walked down one of the hallways, a display talking about domestic violence caught my eye. Domestic violence is still an issue within the Native American community, with 64% of Indian women being assaulted in their lifetime, according to the Choctaw Nation. There are facilities here where tribal members can seek help.

After all this sightseeing, I was ready for lunch. I decided to eat at Roots Cafe, an office building-like cafeteria attached to the headquarters.

Usually, I would expect the food of a place like this to be quite bland, but the Fettuccine Alfredo and green beans I got were actually pretty delicious!

After lunch, I had to start heading back to Texas. I found it pretty cool to see the Durant most folks aren’t privy to, as well as learning more about the Choctaw Nation. If you happen to be passing by Durant on Highway 75 and have some time to spare, I would suggest a detour, even if it’s just to see the world’s largest peanut and visit the “White House” of the Choctaw Nation!

4 thoughts on “The City of Durant: Beyond the Casino”