After a whole day of exploring Atlanta, I was ready to go do the other half of my trip bright and early the next morning: the State of Alabama. I chose to visit its most populous city, Birmingham. The combination of history and it being the most populated city in the state made it a no-brainer when it came to selecting a place to visit.

Coming from ATL, Google Maps said it would take me around two hours. Driving west on I-20 went pretty smoothly except for a few construction spots here and there. I entered the city limits two hours later, ahead of schedule and ready to explore everything Birmingham had to offer.

The first stop was the Thomas Jefferson Tower, a formerly abandoned hotel turned luxury apartments. Built in 1929, this 19-story building was considered to be one of the best hotels in Alabama. Famous people like Calvin Coolidge and Herbert Hoover stayed here, and it made a name for itself until its doors were shut in 1983 amid a decline in business. After sitting abandoned for many years, it was finally renovated in 2015 and made into apartments.

One super cool thing about this place is an airship mounting mast on the roof! Something that is almost never seen these days, it was put there during the days of the hotel, when airships were thought to be the future of travel.

Ashley Brannen with the management office was gracious enough to show me around. We first toured a vacant unit, and I could tell the construction folks did a great job of renovating this place. They kept the original flooring and windows, while adding modern-day features such as fire protection and high-speed internet wall jacks. 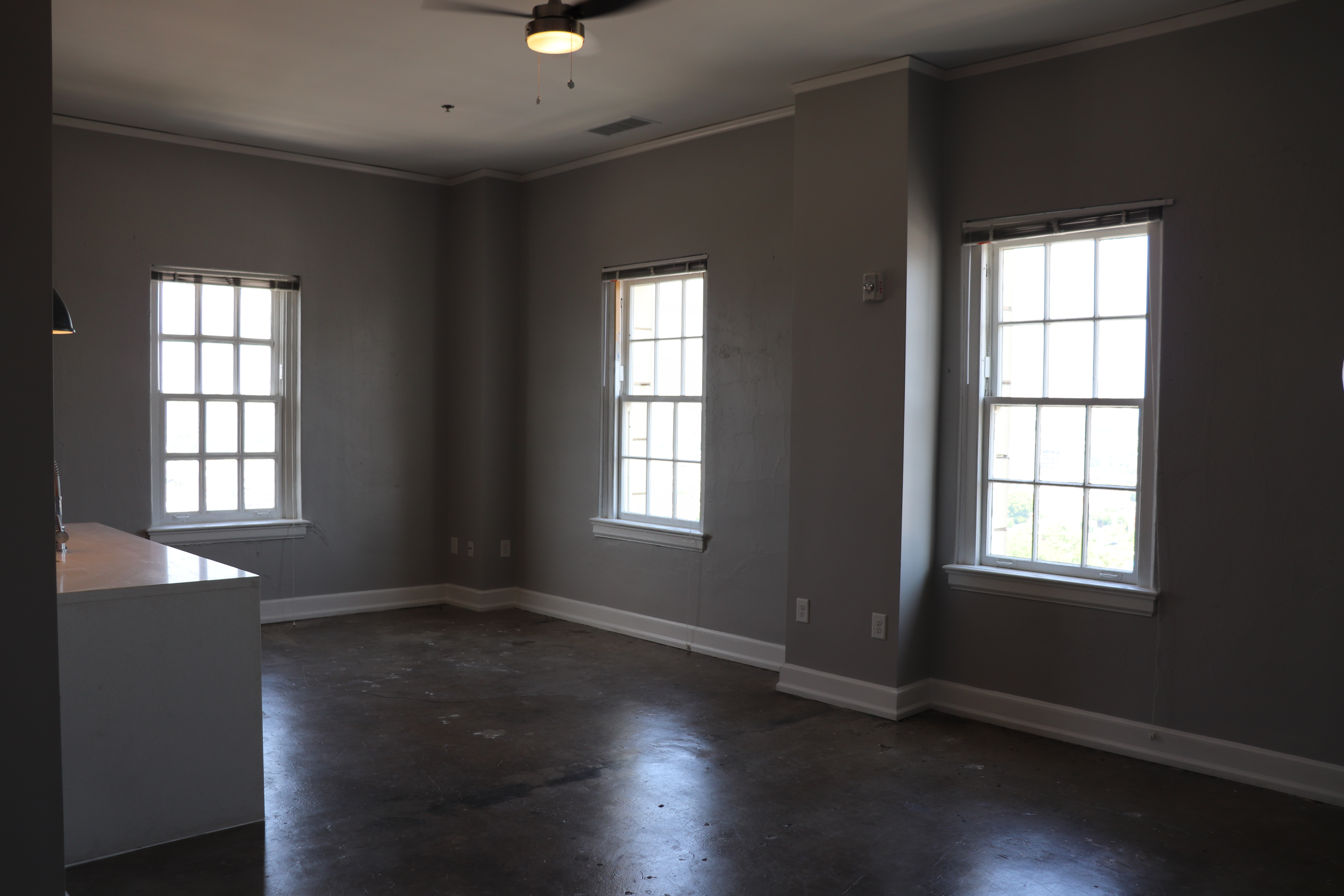 Many of the doors in the hallways were original to the hotel as well.

On the second floor, Ashley showed me the ballroom, which served the same purpose back when the hotel was open. Weddings and parties are held here, and it provided for a great community space. 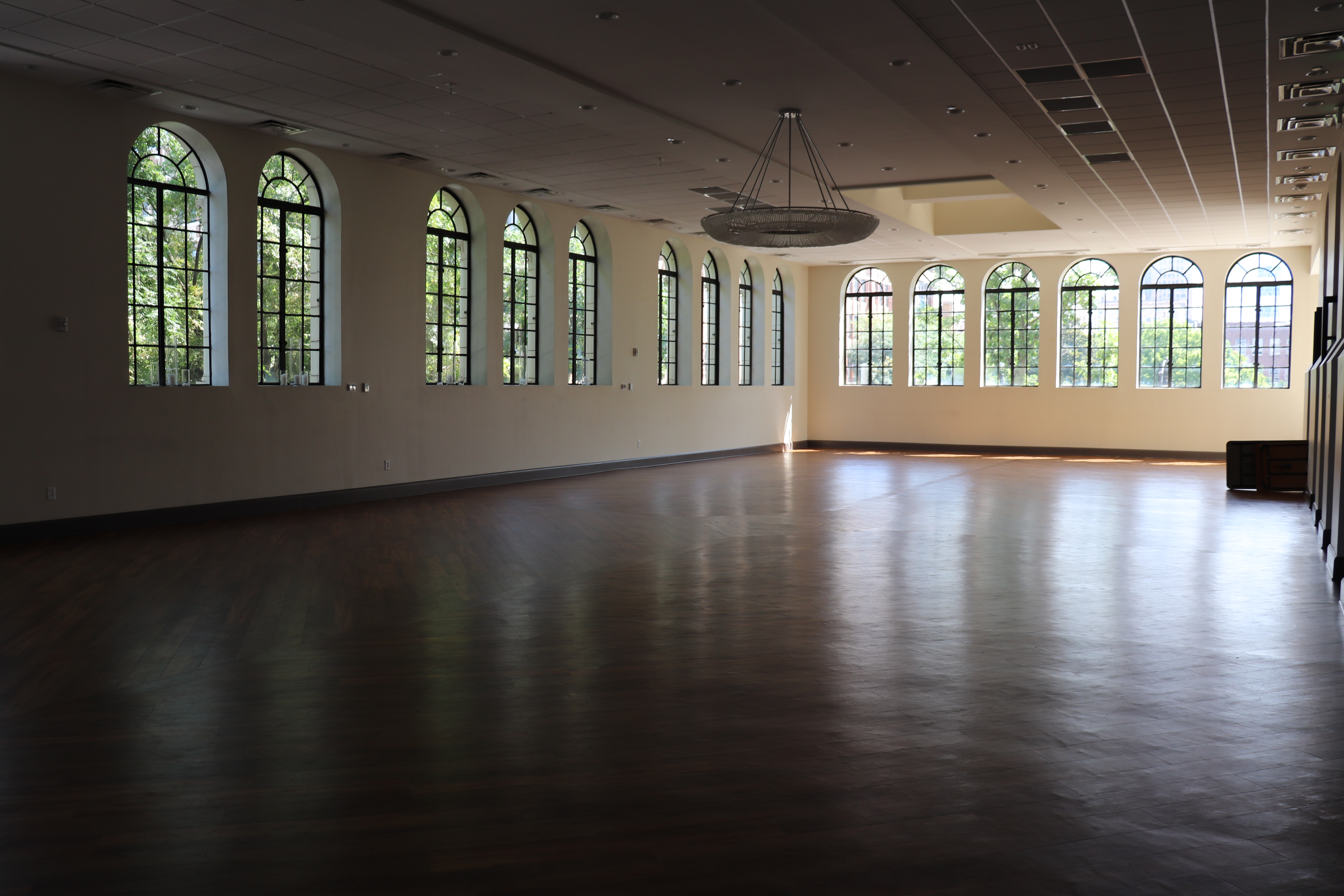 Wrapping things up in the lobby, I couldn’t help but notice the grandeur of the interior fixtures spared from removal. I especially loved the antique mail drop! 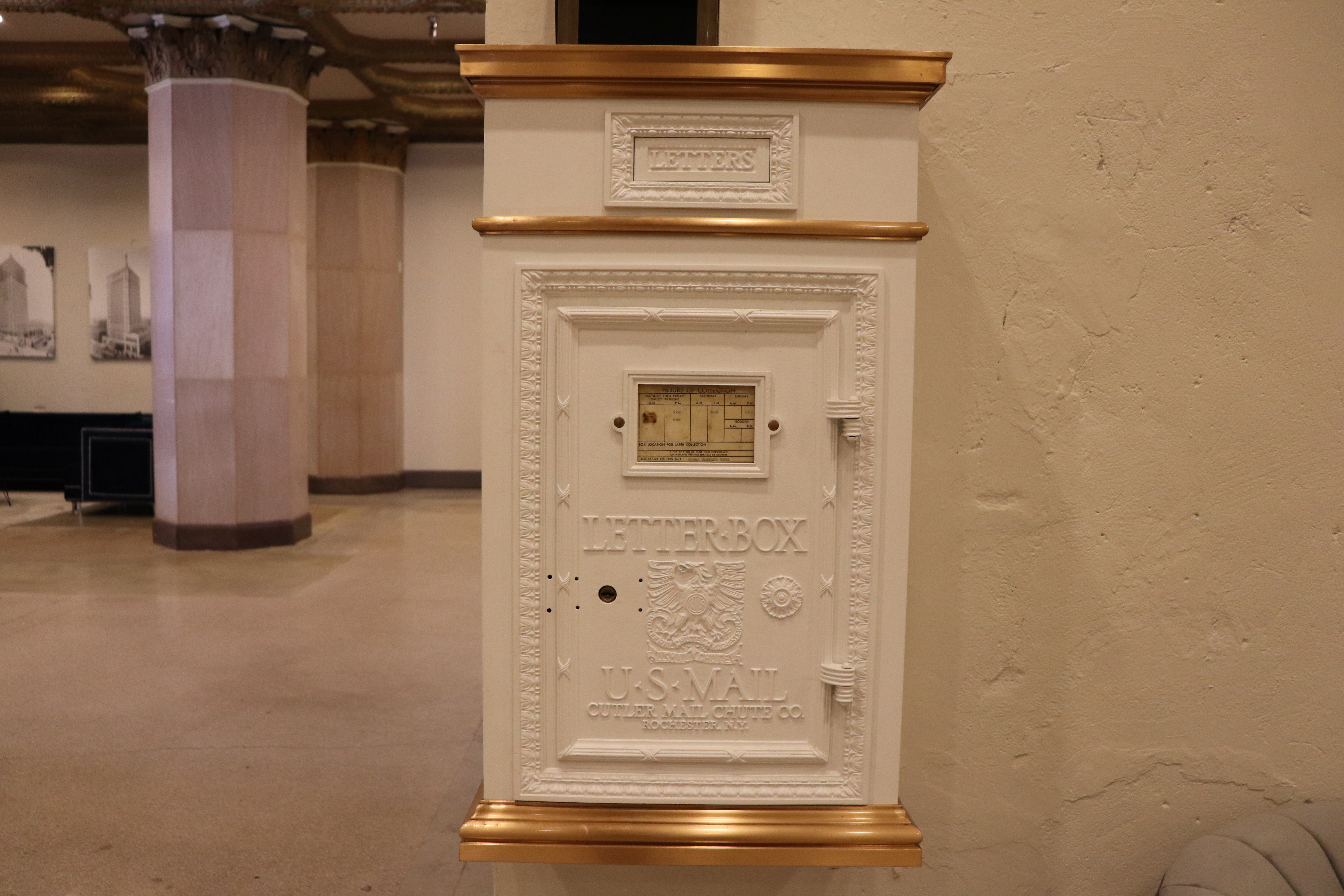 Old, historic structures are always a favorite of mine to explore, and this was one well-preserved building saved from the wrecking ball. Speaking of history, my next stop dealt with the dark side of this town: racial discrimination and violence. The 16th Street Baptist Church, a predominantly African-American church a few miles away, was the site of a horrific bombing in 1963 that killed 4 young girls and injured many more.

Both the downstairs basement area and the sanctuary were open for the public to see. The basement contained various artifacts belonging to the church, and also pictures that depicted the time of segregation in Birmingham. 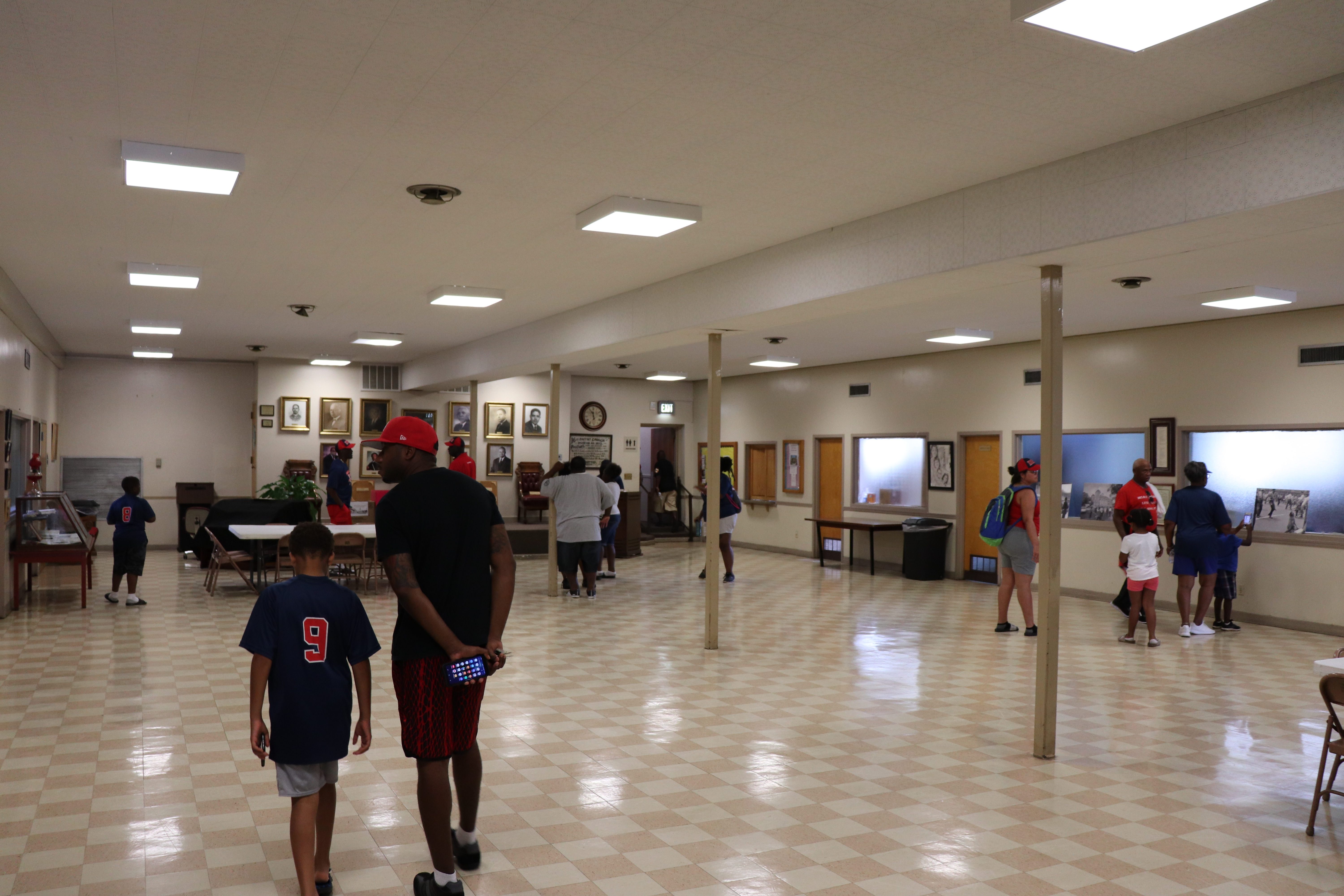 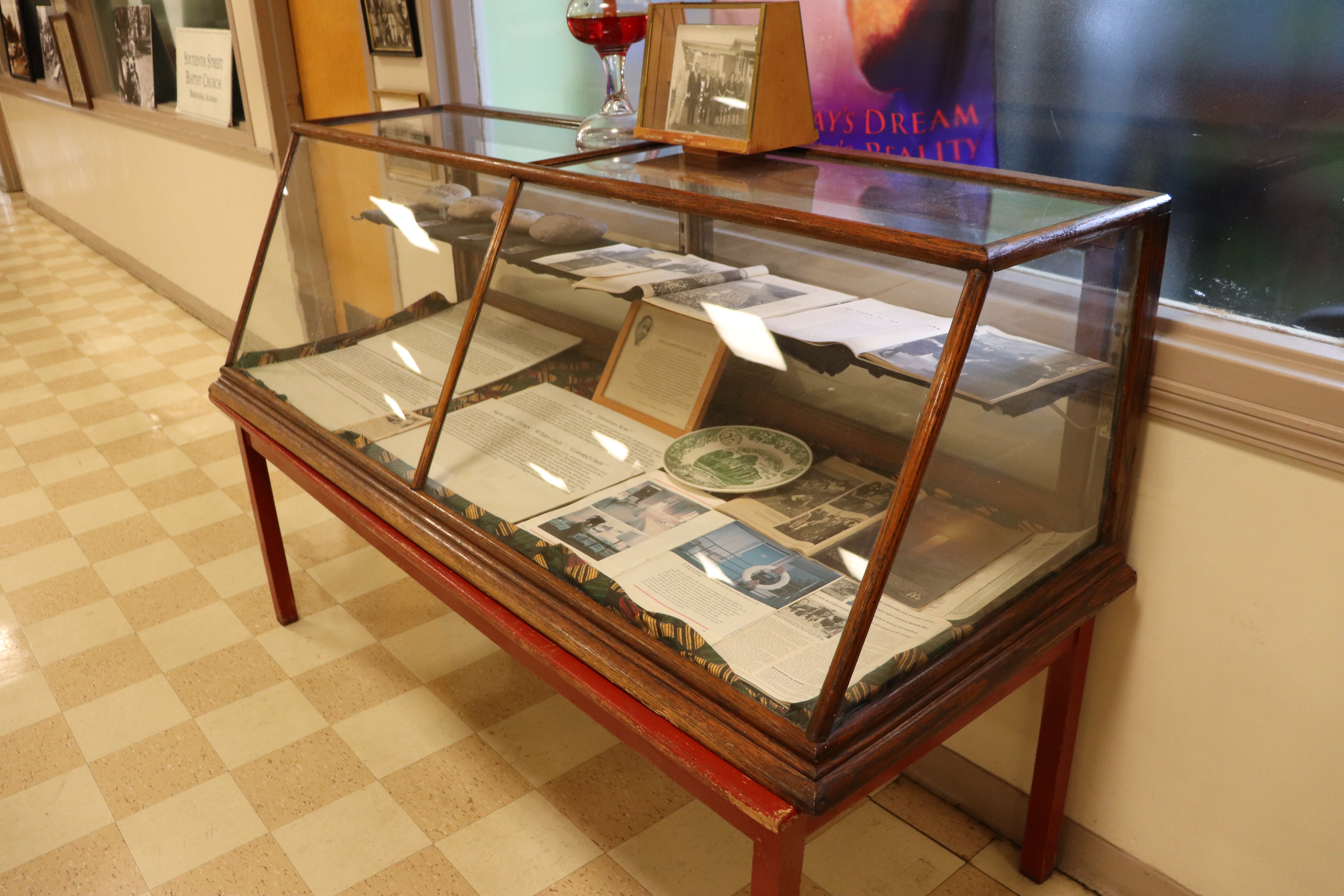 Upstairs, I got a glimpse into the place where service has been held for decades and decades. Their sanctuary was well-designed, and featured a big pipe organ and numerous stained glass windows. 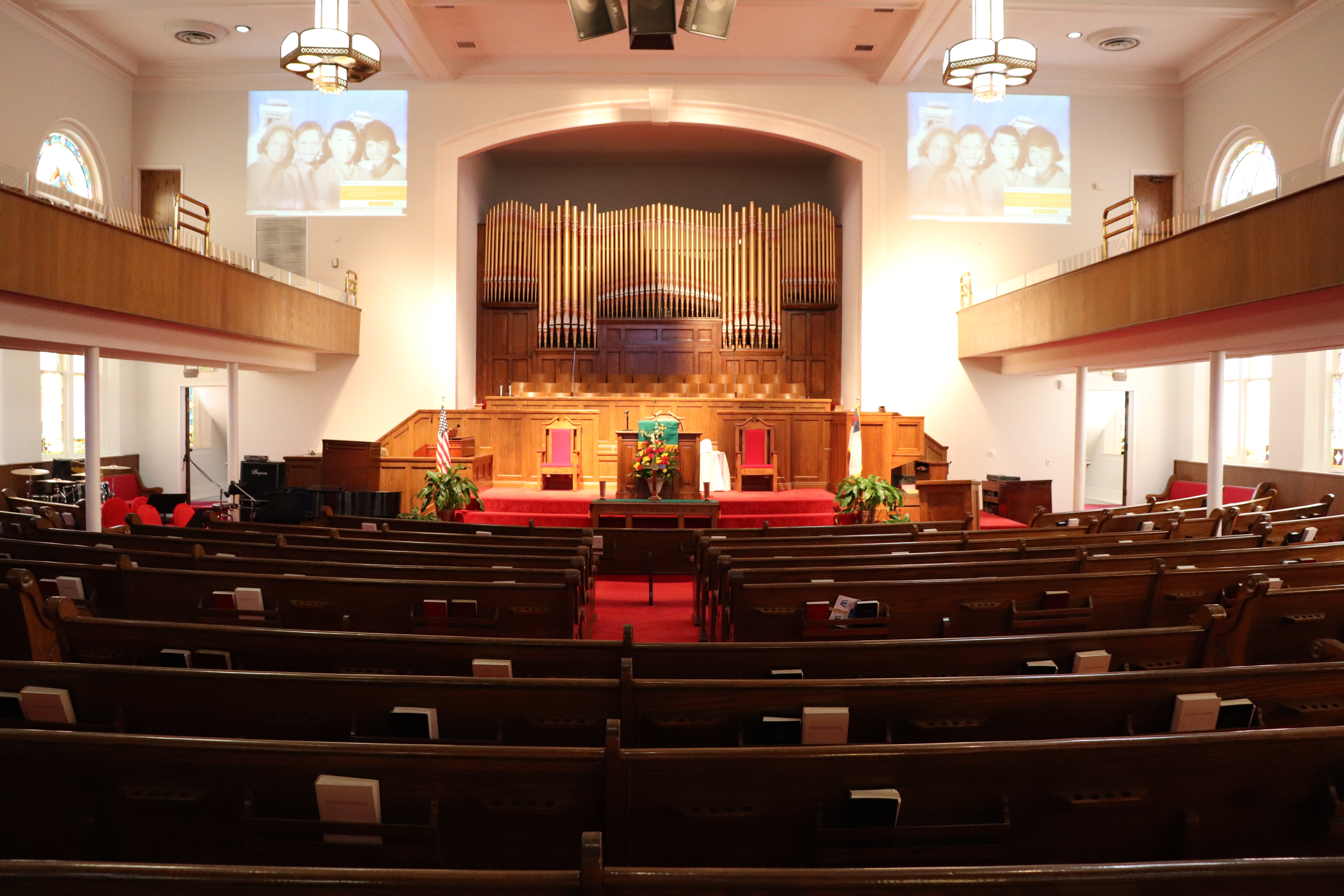 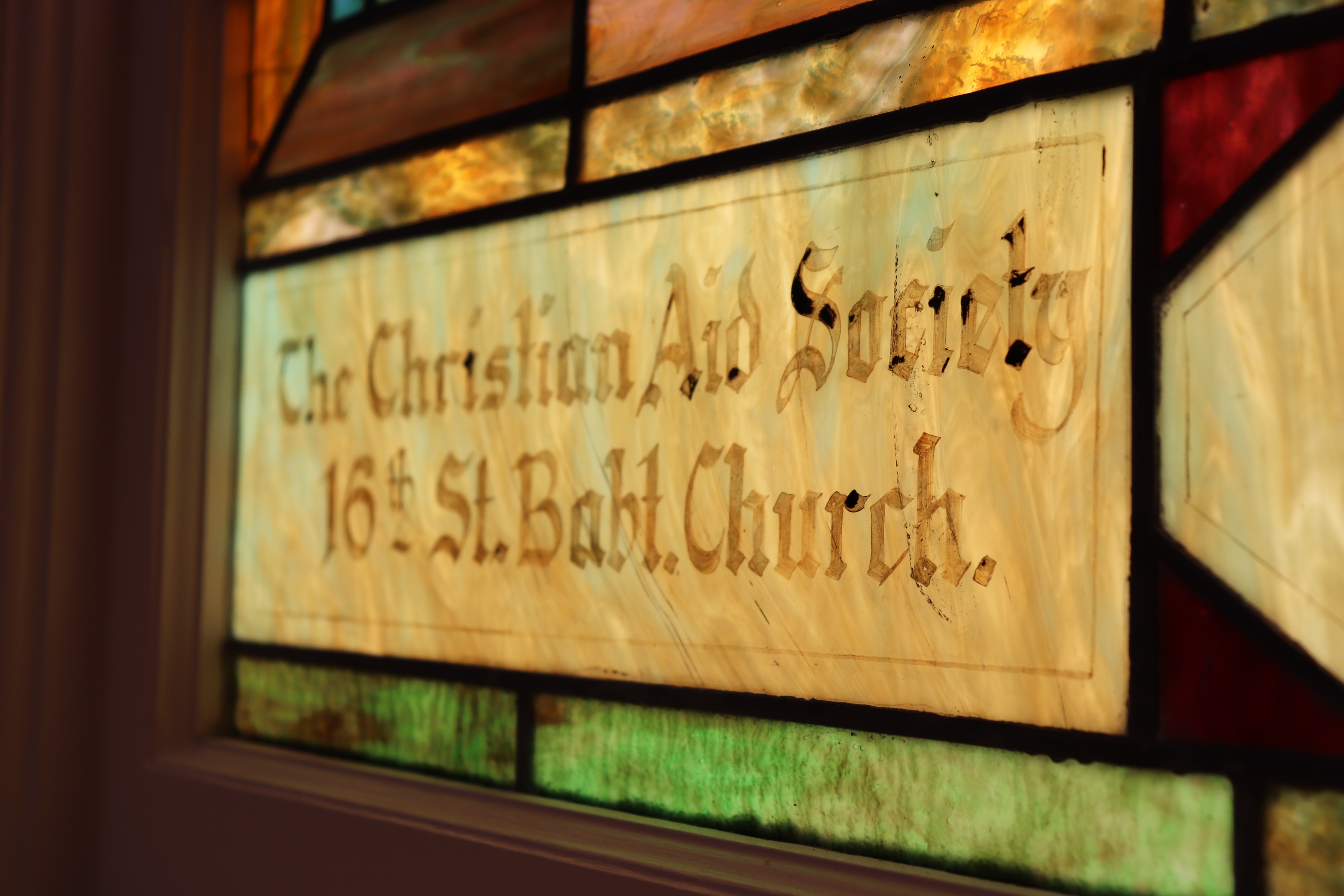 On the side of the building outside was a memorial to the four girls killed. It was located in the exact spot where the bombing took place.

The bombing of this church was just one of many sad days in the struggle for equality between races. After lunch, I further continued on my exploration of civil rights history with a visit to the Birmingham Civil Rights Institute.

Founded in 1992, this museum is right next to the 16th Street Baptist Church. Rooms and rooms of artifacts and tangible exhibits clearly give the visitor an idea of the struggles faced by African-Americans back in the day.

Additionally, plenty of photos provided great insight into these ugly years in our nation’s history. Here, I also learned why Birmingham was labeled “Bombingham” for so long. 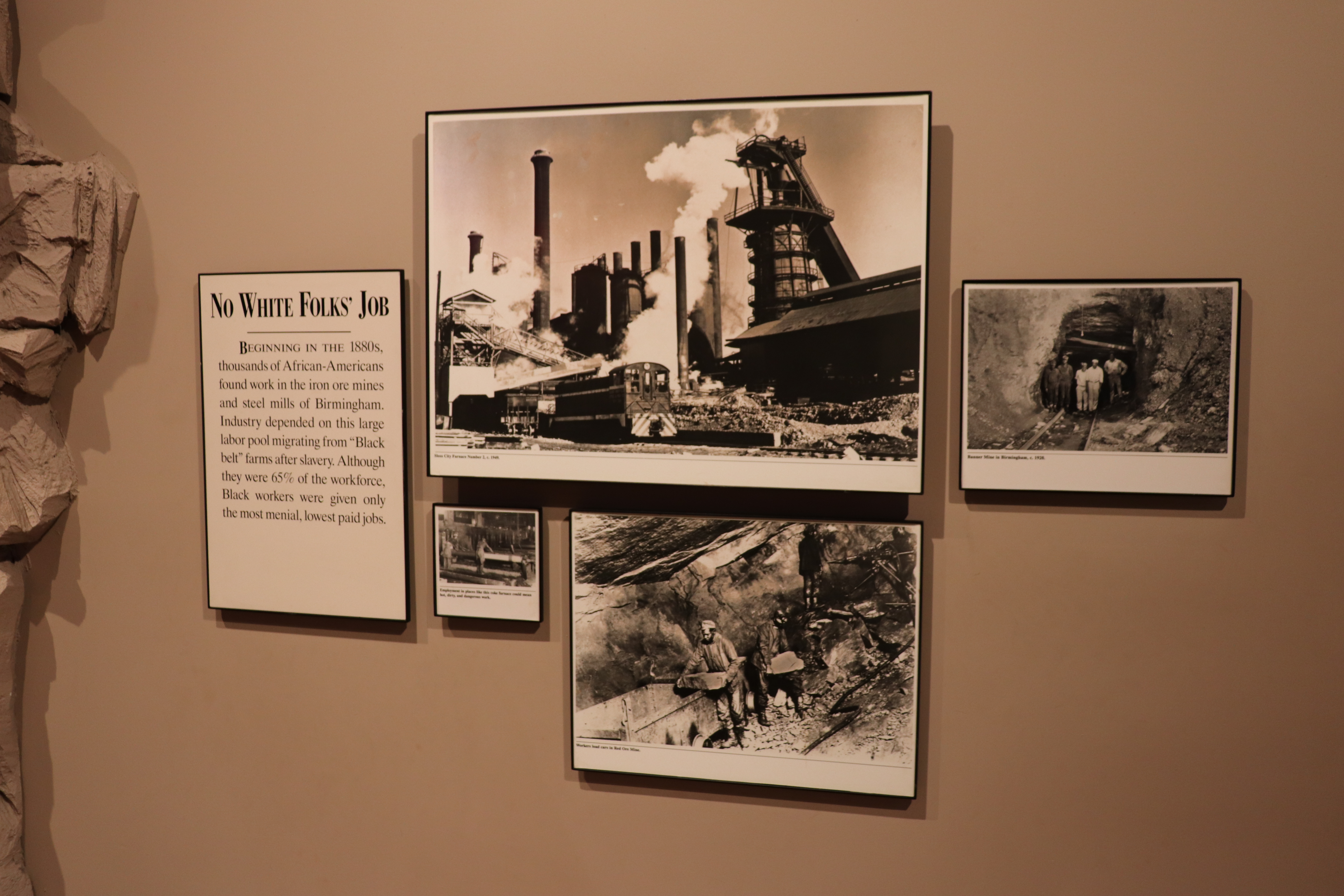 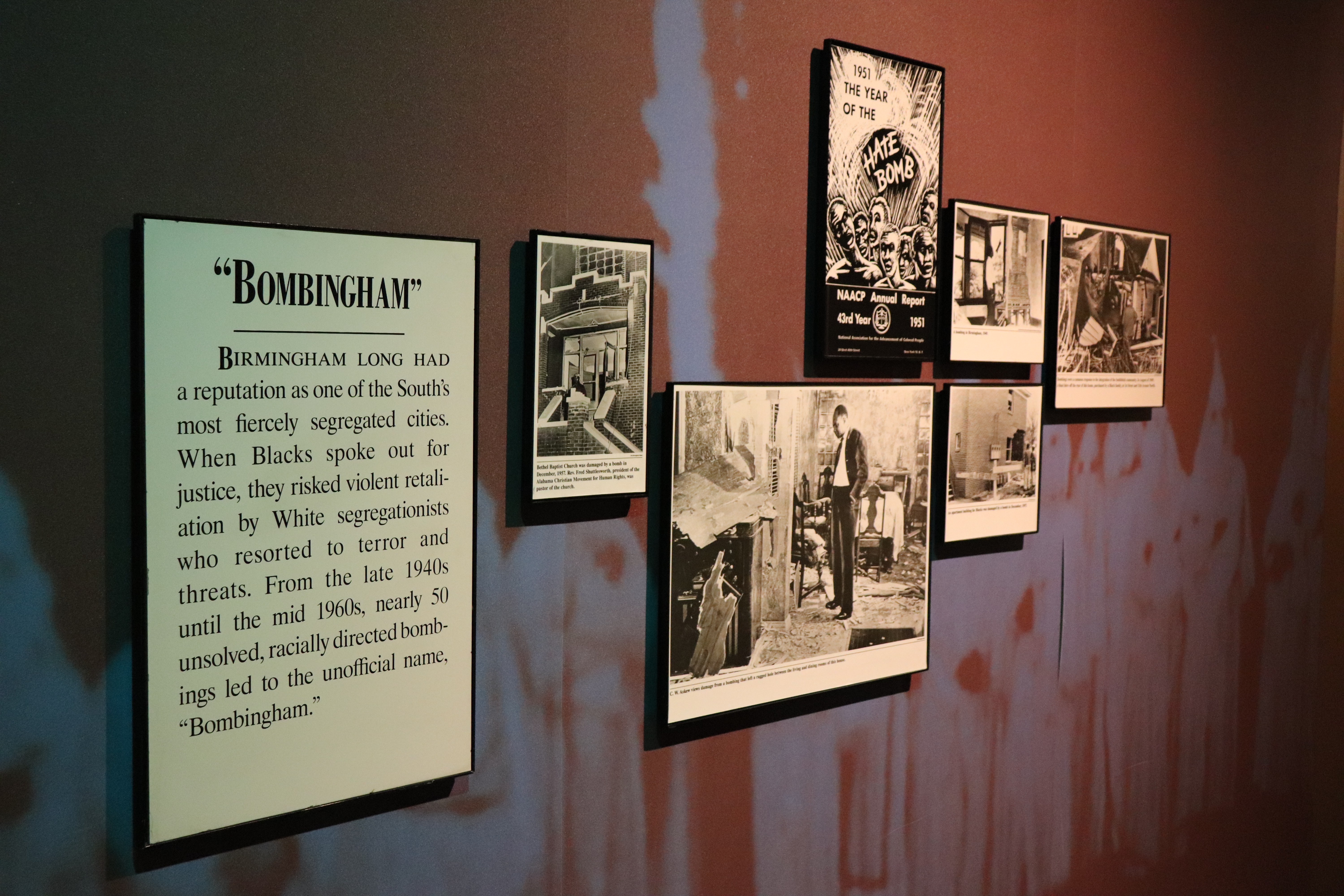 Must-see things here include fragments from the 16th Street Baptist Church bombing, the jail cell in which MLK penned his “Letter from Birmingham Jail”, and a replica bus that was used in the Freedom Rides. 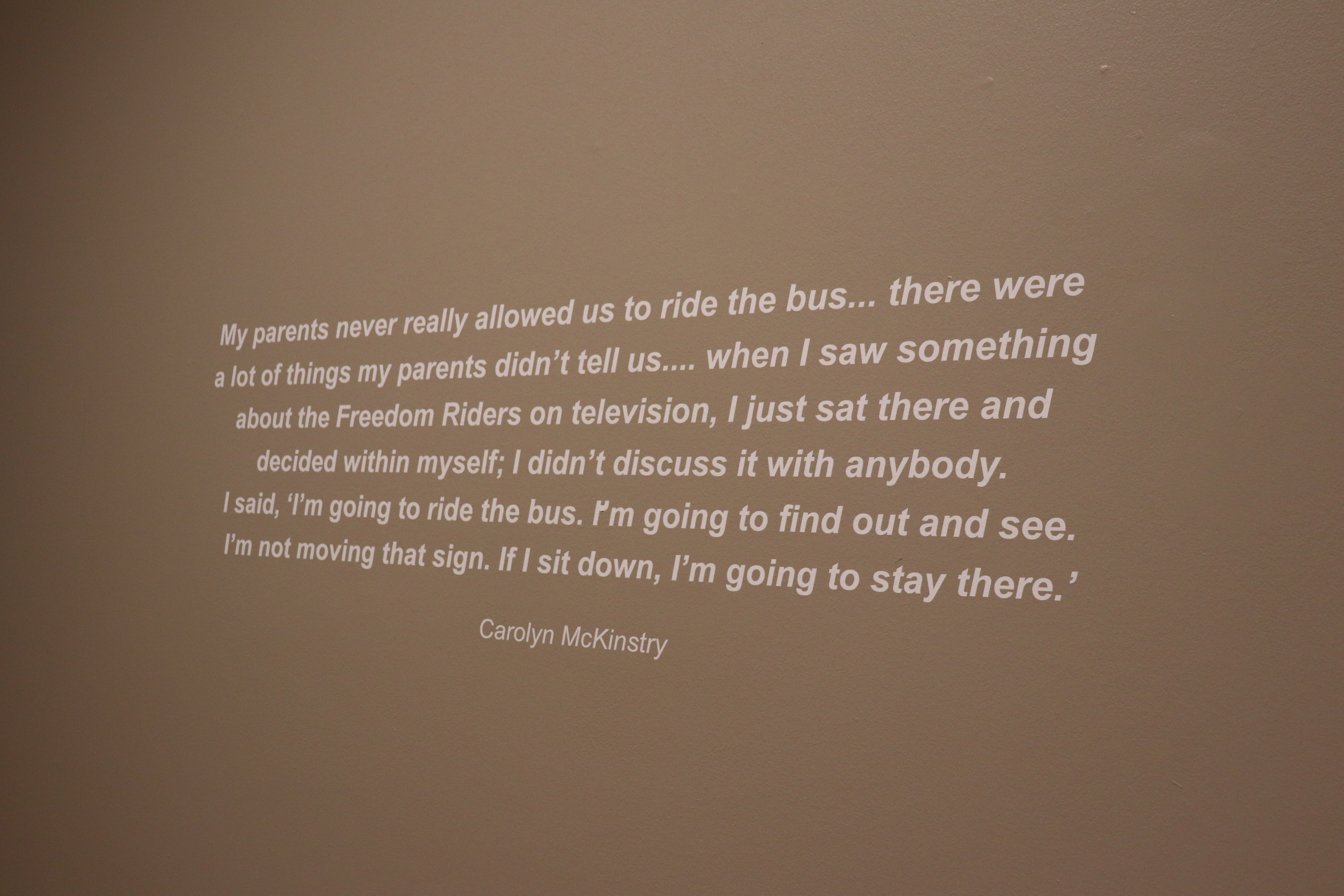 After spending over two hours here taking in everything, it was off to Kelly Ingram Park, right across the street. Not just any ordinary green space, this was the park where many marches were conducted during the Civil Rights Movement.

It was here that policemen armed with fire hoses and attack dogs mowed down children protesting for equal rights, and statues spread out across the park depict that. 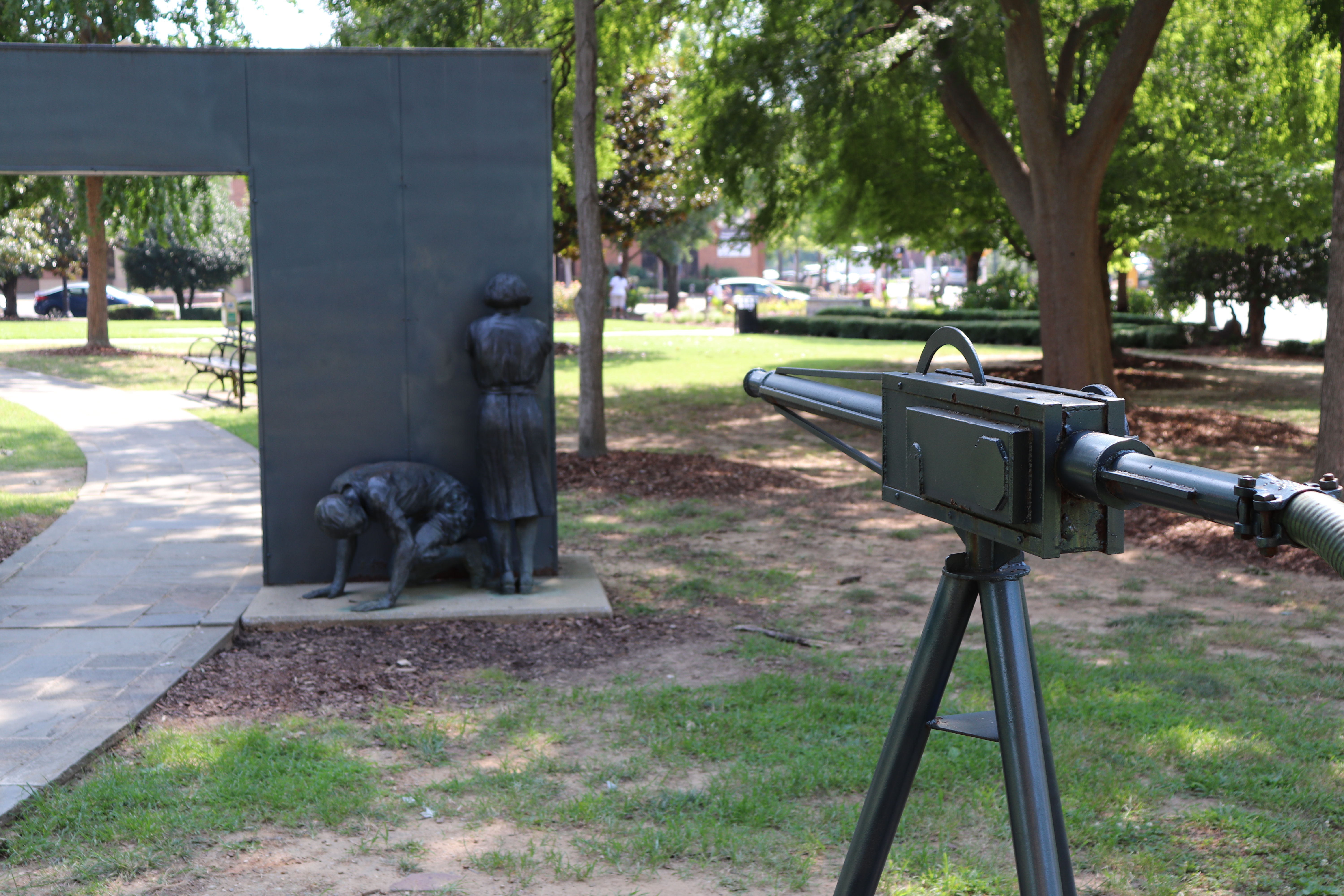 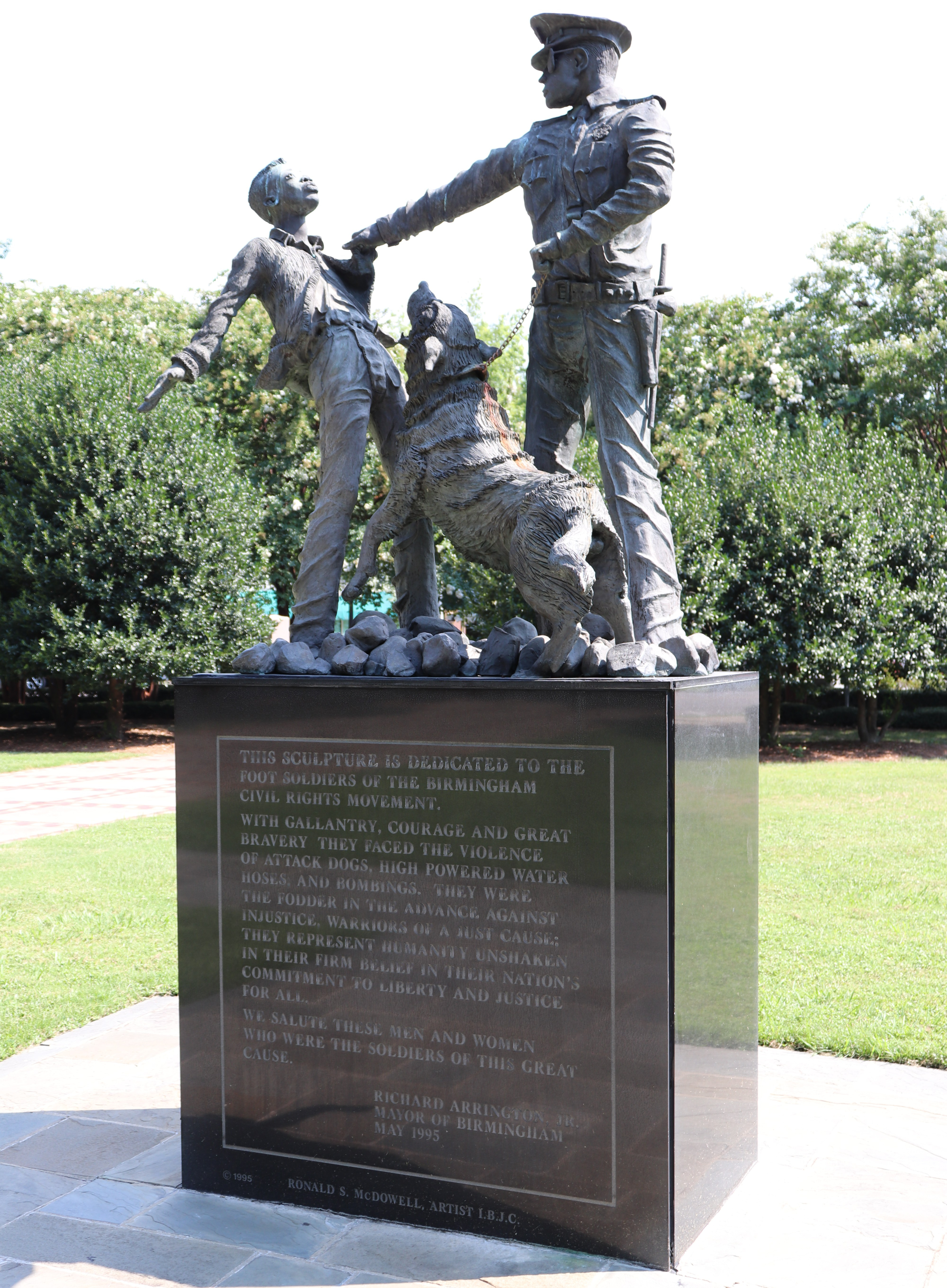 These days, it is a pretty peaceful park where people can come to see these and other statues, hang out, and learn about the role this place had in history. One thing to watch out for though – there are some loiters here. None of the ones that approached me were aggressive, but do keep an eye out.

Seeing the jail cell at the Civil Rights Institute made me wonder – was that Birmingham police station where MLK was taken to still open? I knew that there was a historical marker of some sort there, and thus swung by the Birmingham City Jail to take a look.

While in #Alabama, I paid a visit to the old Birmingham Police station, where #MLK wrote his famous “Letter from Birmingham Jail”.

There wasn’t much to see here. Yes, there indeed was a plaque, but the building where Dr. King was held has since been closed. The present-day jail sat right next door. Peering into the old lobby, it was run down and abandoned. Weeds were all around the doorway, signs of a building falling into decay.

After all this exploring, I was about ready to have dinner! Being that I was in Alabama, I just had to devour some good ole’ country cooking. Upon the recommendation from someone at a local hotel, I went to Niki’s West, a restaurant serving predominately steak and seafood. 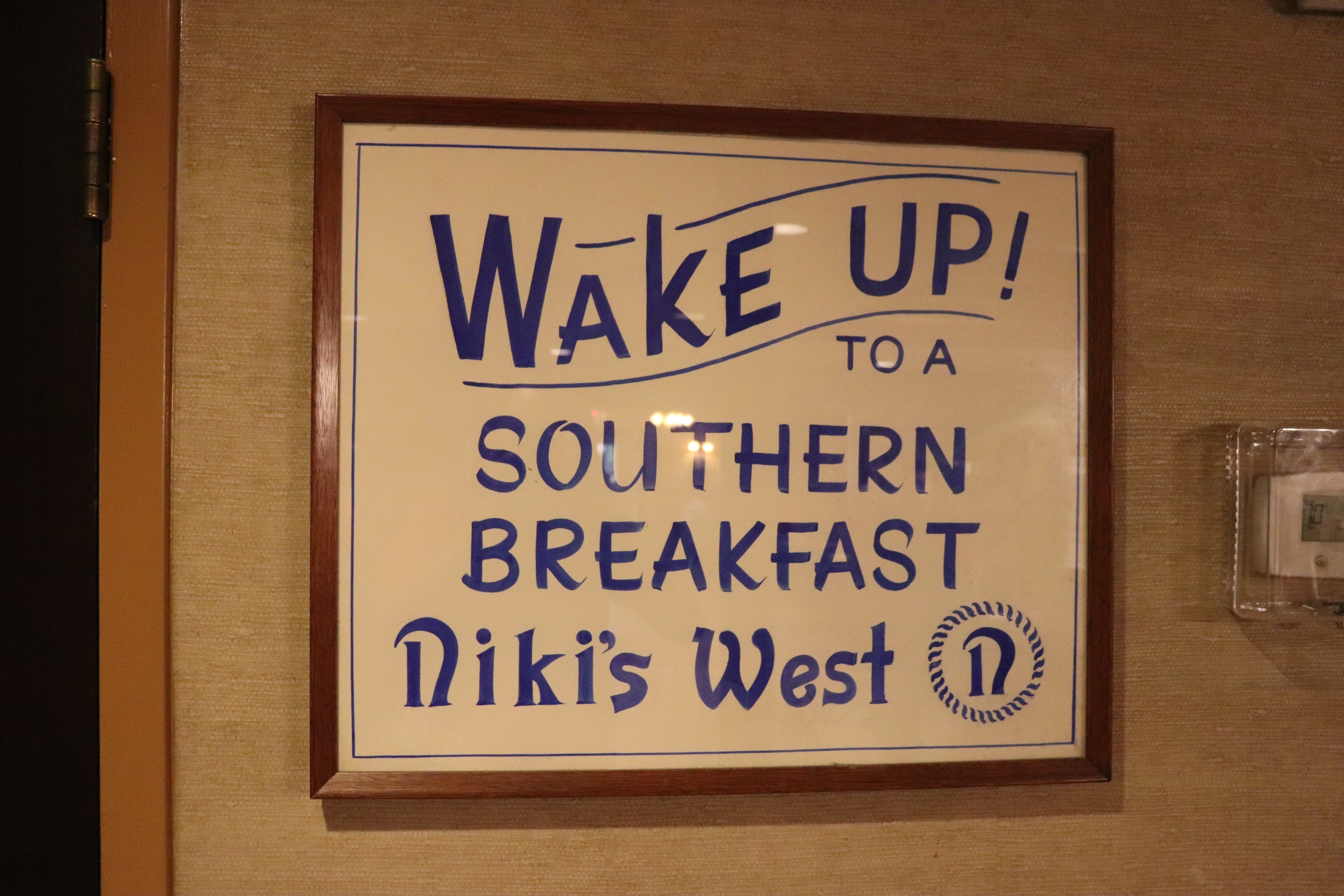 As a vegetarian, there were many sides I could get from the cafeteria line. I opted for mashed potatoes, corn, and yams, with cornbread on the side.

Those veggies were delicious! They weren’t too salty, all the while still having noticeable flavor. Just some nice comfort food. Manager Dianne provided some insight into the history of this place. Niki’s West opened in 1957 as a truck stop-type joint, serving barbeque and the currently offered cuisine. As business grew, the restaurant expanded to its current size, and today has a steady stream of customers of all ages coming to enjoy a good meal!

The last place I saw in the Yellowhammer State after dinner was the University of Alabama-Birmingham. A four-year state institution, it is located right next to the city’s hospital district. The campus reminded me of UT Arlington, as both of these schools are set within an urban environment, and have buildings lining major streets. 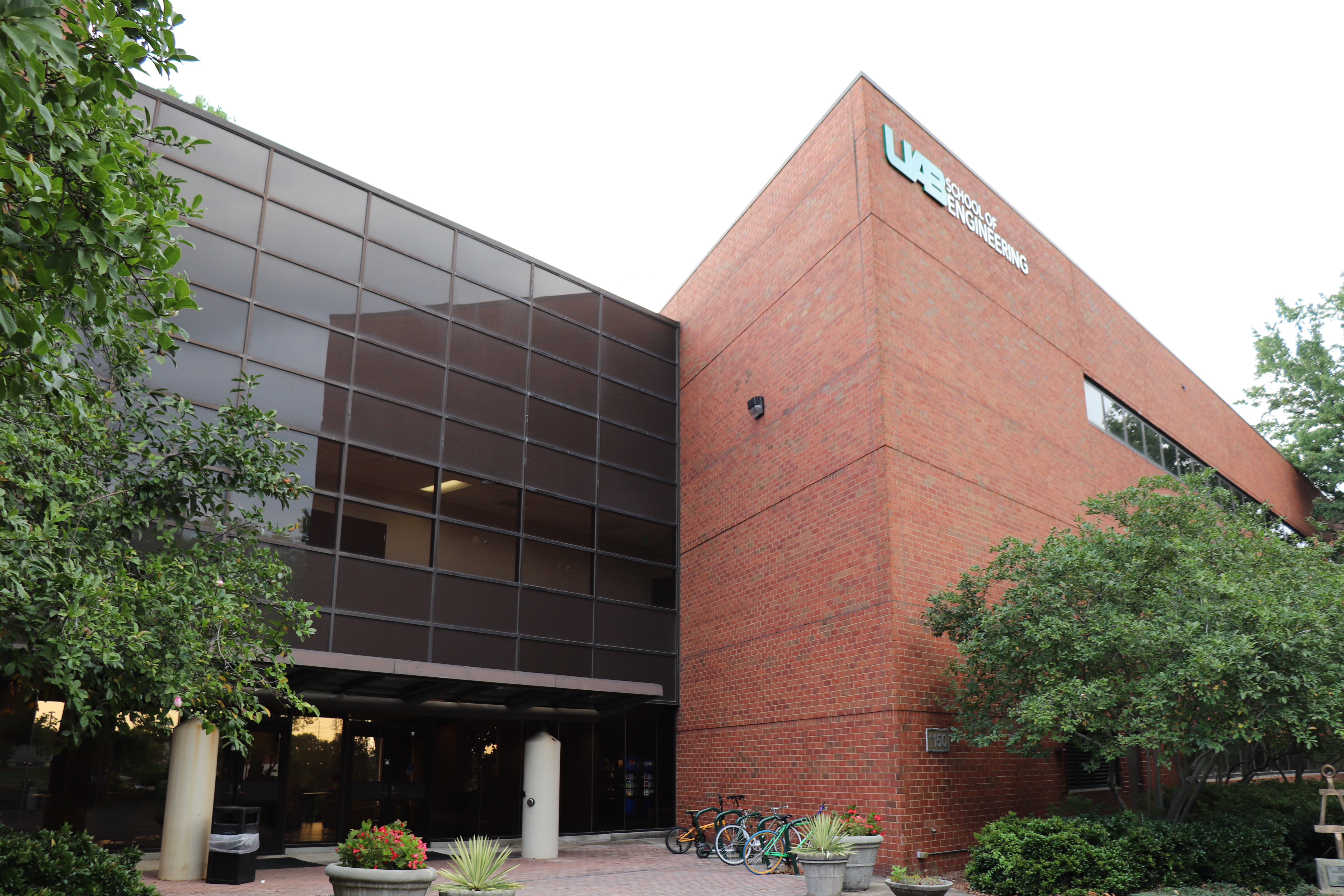 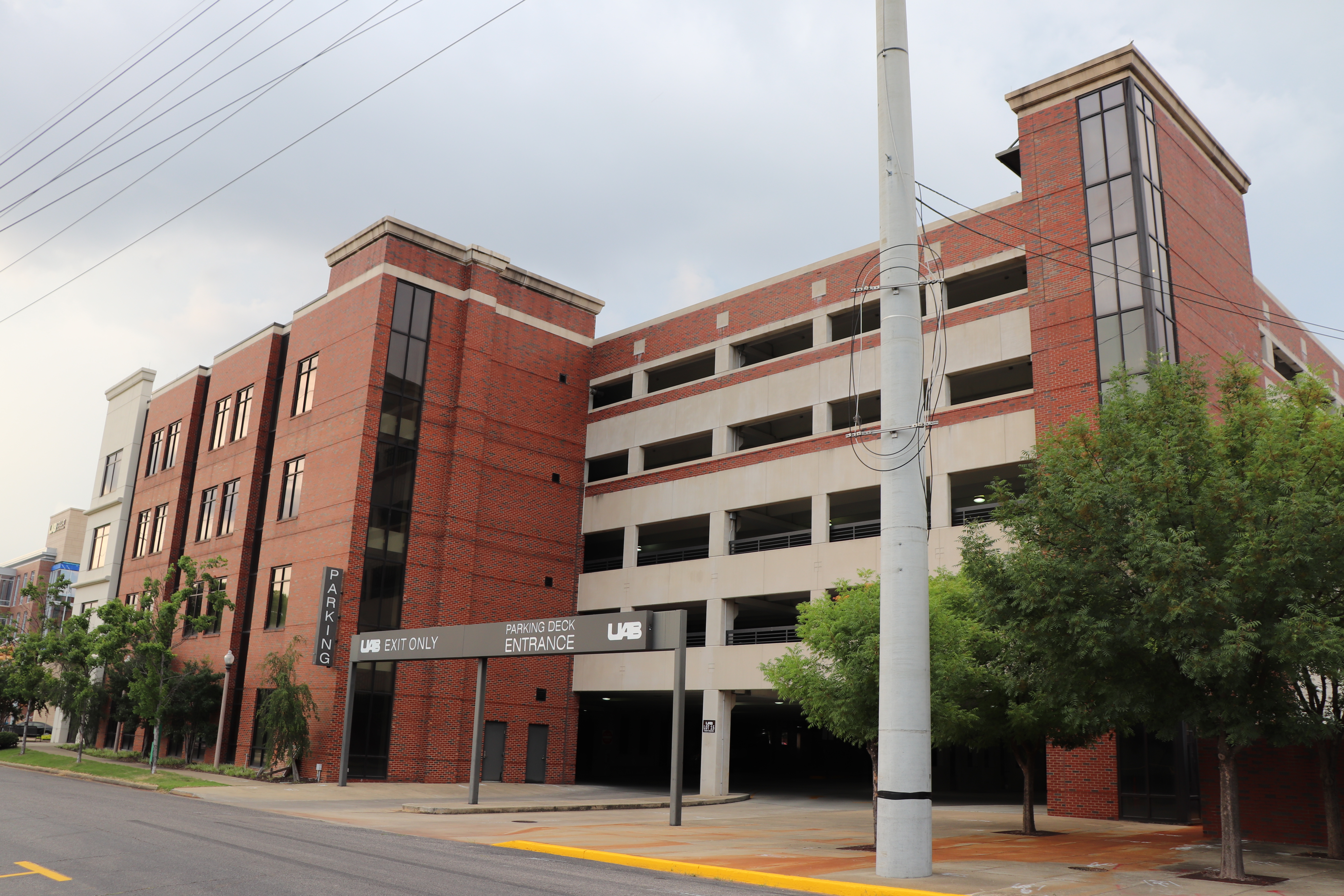 I walked thru both their business and engineering school buildings, and it looked to be on the older side of things. There was a new business building that was under construction, but the current facility looked pretty dated.

They do have a cool mascot though! 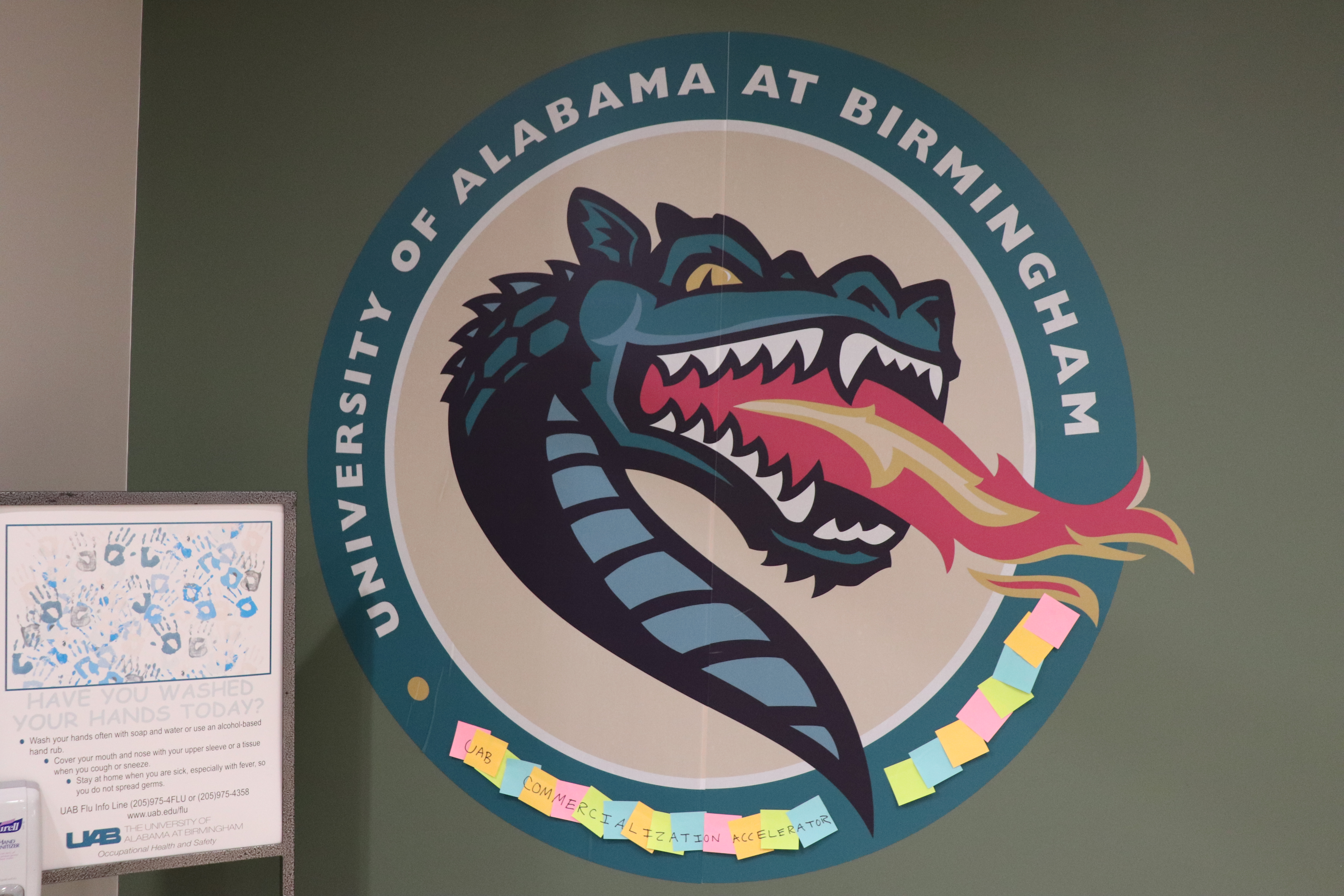 A few sculptures dotted the lawn as I trekked thru campus. I guess this would be a wheel, outside the engineering building.

I only saw about half of the school, since the clouds were beginning to darken and I could smell moisture in the air. This brought an end to a whole day’s worth of exploring Alabama, a state that I thoroughly enjoyed seeing.

In conclusion, although negative stereotypes are heard whenever this state’s name is mentioned, the people here have been very friendly and helpful. This falls in line with the hospitality the south is known for. America is so expansive, containing many regions and cultures, that it would be worth your time to explore this Deep South state and see all that it has to offer. I know that I will be back in Alabama sometime to explore another town!

2 thoughts on “Alabama’s Magic City – One Day in Birmingham”